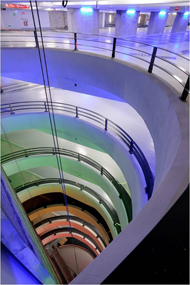 The 2011 EPA Award competition saw the highest number of entries since the first Award Competition in 1994. A total number of 34 objects were submitted by the operators in all four categories.  Entries come from 11 countries all over Europe. All entries have been featured in the magazine Parking Trend (issues 1-3 of 2011). 12 projects have been shortlisted and were visited and inspected by an international jury.

The winners were presented in a special ceremony at the 15th EPA congress in Turin, Italy on September 15, 2011.